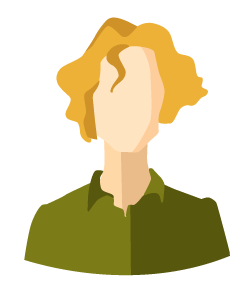 As a mom, I want to make sure that my kids are getting all of the vitamins that they should be. This means ensuring that they're eating foods that are well balanced, including lots of fresh fruits and vegetables. Unfortunately, it's not always that easy to get kids to eat the things they should. I've learned a lot of tips and tricks to present foods in ways that kids are more receptive. I created this site to share my creativity with others. I hope that you find some ideas here that will help you to broaden your child's diet as well.

Pediatricians and family doctors strongly encourage parents to take their children in for immunizations according to current medical guidelines. Although catching certain diseases has become unlikely, it's still possible. In addition, although most children don't suffer severe harm from certain illnesses, some experience serious consequences. Youngsters also can pass on so-called childhood illnesses to babies and adults who are both more susceptible to severe symptoms.

Physicians want to address the misinformation many people have heard about vaccinations. Often, these misconceptions are spread by celebrities and others with no background in science or medicine. Many people are probably familiar with the theory that childhood immunizations can cause autism. This has been refuted, yet some parents will not have their children vaccinated because they fear the possibility.

Doctors emphasize how immunizations have been remarkably successful at significantly reducing or even eradicating the incidence of illnesses like measles, polio, and smallpox. Unfortunately, the incidence of certain contagious diseases is rising again because of immunization avoidance.

Measles is a primary example, with more cases recorded in the United States in 2019 than had occurred since 1992. The numbers dropped dramatically for 2020 and 2021, which could be related to school closures, social distancing, and mask-wearing.

What About Rare Diseases?

Parents may wonder if children are being over-vaccinated, with several more immunizations being recommended today than was the case when they were kids. Since some diseases have become rare, parents might like the idea of avoiding those specific vaccines.

The most recent U.S. diphtheria case was reported in 2015. In contrast, smallpox immunizations were discontinued decades ago after the illness was eradicated worldwide.

Another question parents might ask is whether an annual flu shot is truly necessary for children. Since seasonal influenza can be very harmful to individuals with asthma or other breathing disorders, this preventive measure is encouraged.

Healthcare practitioners are ready to answer questions parents have and respond to their concerns about immunizations. A primary goal is to help everyone stay healthy and avoid serious illness. Vaccinations provide one important way to achieve this.